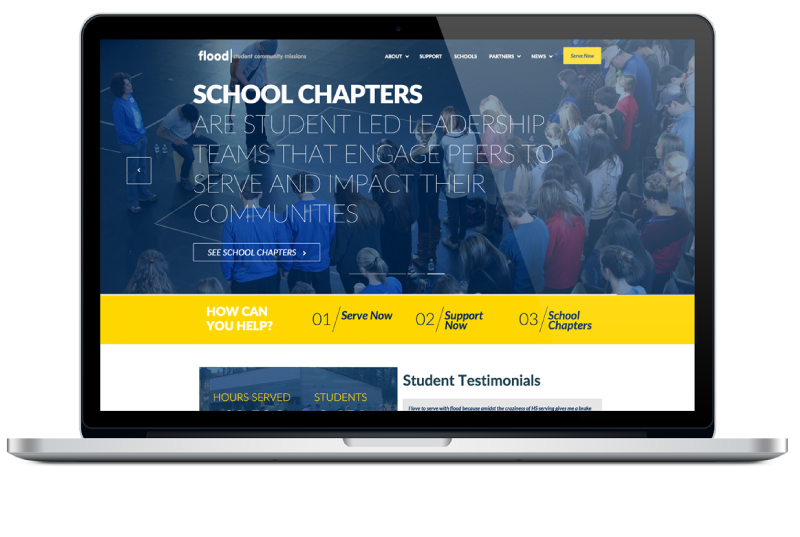 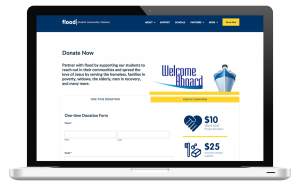 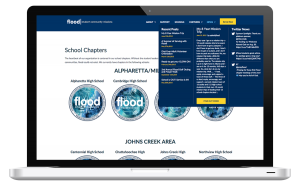 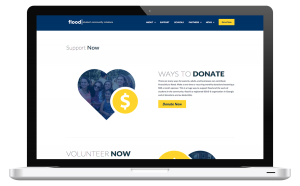 History: Back in 2010, flood student missions came to what then was named lampso, owned by Drew and Luke Benton.  Their website was developed and launched shortly there after.  Since 2010, flood has engaged and used monthly services from Luke Benton and now the team of Market ATL.

Challenge:  Since launching the website in 2010, the overall brand of flood student missions has been in a state of constant advancement.  When looking at the website at the beginning of 2015, it was decided that now is the time to update the website and overall brand messaging to reflect where flood is at today.

Solution:  The first step Market ATL took in updating the brand was to create variations of the logo developed for flood.  That new concept helped spark the beginning of the development of flood’s new brand.  The flood website project began with editing floods messaging and website wording.  Market ATL combed through all of the content on the existing website to refine the content down to a simple message that could be understood and branded to meet the target audience.

“Market ATL is always available to help us get the updates to our website when we need them. They communicate their timing in completing anything so we know when it will be done. They are great to work with and really get the concept of our organization and that comes across in their branding development.” 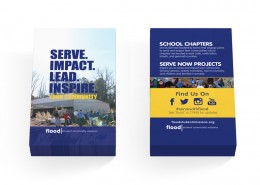 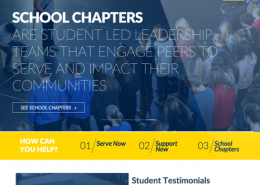 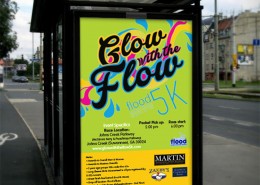